When the school opened in 1928, one of the first decisions made about the running of the school was to introduce a traditional House system.

Students were allocated to one of four Houses; Becket, Byron, Manor and Shaftesbury. The House system was multi-purpose: to promote inter-year co-operation and association; a sense of loyalty to House as well as to School; to offer opportunities to students for positions of responsibility and leadership; and to use the Houses as a basis for competition within school. Somewhere along the way, in the 1980s we think, the House system fell away. In 2015, we have reintroduced the House system with new names and colours for Houses, but with the original purpose still very much in mind. The six names have been chosen to reflect the core values of the school as set out in the school’s Mission document. All the names chosen are of people who, together, inspire millions around the globe and should inspire our own student body here at Nower Hill. 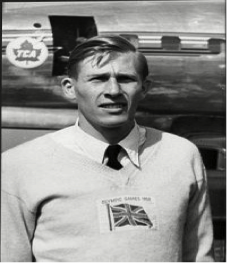 Roger Bannister gives our House system a local connection; growing up as he did in Harrow and attending Vaughan Primary School before moving on to the City of Bath Boys’ School and then on to medical school at the University of Oxford. Roger Bannister became the first person to run an officially recorded mile in under four minutes in May 1954. His work as a neurologist is considered to be very influential and significant in the efforts to overcome nervous diseases. 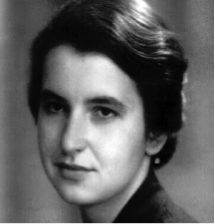 Rosalind Franklin was responsible for much of the research and discovery work that led to the understanding of the structure of deoxyribonucleic acid, DNA. She was always a very hard working student; her aunt described her in this way: "Rosalind is alarmingly clever – she spends all her time doing arithmetic for pleasure and invariably gets her sums right.” Her parents were actively involved in helping Jewish children escape from Nazi Germany in the late 1930s.  She went on to study Natural Sciences at Newnham College, Cambridge and from there, into the world of scientific research where she had such impact. Sadly, she died of cancer at the age of thirty-seven. 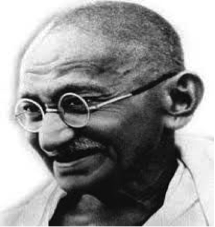 Mohandas Karamchand Gandhi is most notable for his role in leading India to independence in 1947. In the first half of the twentieth century, he fought for the rights of the poorest people in India and for harmony between people of different religions. Gandhi studied at University College, London. His philosophy of non-violent protest through civil disobedience has been an inspiration to millions fighting for civil rights and freedom across the globe, including Barack Obama who said: “Throughout my life, including my work as a young man on behalf of the urban poor, I have always found inspiration in the life of Gandhi.” 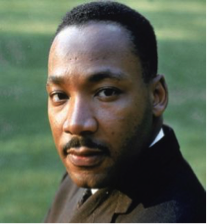 Dr Martin Luther King Junior was educated at Morehouse College, Atlanta and Boston University and went on to become both a Baptist minister and civil rights activist. He had a hugely influential impact on race relations in the United States, beginning in the mid-1950s. Through his activism, he played a pivotal role in ending the legal segregation of African-American citizens in the South and other areas of the nation, as well as the creation of the Civil Rights Act of 1964 and the Voting Rights Act of 1965. Dr King received the Nobel Peace Prize in 1964. 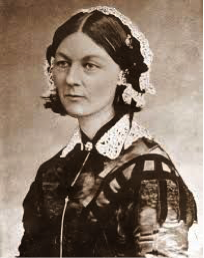 Born in 1820, Florence Nightingale is most famous for improving sanitation conditions in military hospitals and the associated reduction in the number of deaths from infections; not least during the Crimean war (1853 to 1856) where she developed a reputation as a devoted and caring tender of the wounded and dying. She is also credited with the professionalisation of nursing and the introduction of the first training college for nurses based at St Thomas’ hospital in London. Florence studied nursing at the Lutheran Hospital of Pastor Fliedner in Kaiserswerth, Germany. 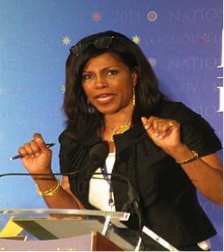 Ilyasah Shabazz was born in 1962. She studied at the University of New York State and works as an inspirational speaker promoting higher education, interfaith dialogue, and building bridges between cultures for young leaders of the world. A devout Muslim, she is inspired by her father Malik el-Shabazz (Malcolm X), who was assassinated when she was only two years old. Ilyasah says: “I was raised proud of my African ancestry; proud to be a Muslim; and proud to be a woman.  Education was one of the fundamental values my parents emphasized and instilled in my sisters and me. My mission is to empower young people through educational programmes to achieve their fullest potential.”

Each House consists of 13 form groups and there are approximately 315 students in each House. Once every half term we have vertically mixed House assemblies. At these meetings Y7 to Y13s get to meet and chat this way they are encouraged to get to know each other and make friends across the school. The House system facilitates vertical interaction between all year groups. Conduct points, awarded for excellent work and behaviour, to be known as House points, are totalled and summarised each week. Half termly House competitions are rewarded by House points. The winners of the House competitions will receive a winners House shield or cup to be presented at the House Assemblies. By having competition between Houses and collaboration within a House we hope to build upon the excellent community cohesion and improve interaction and communication between all year groups.

Your browser is out-of-date!

Update your browser to view this website correctly. Update my browser now